Ways to Keeping Your Work Meetings on Track 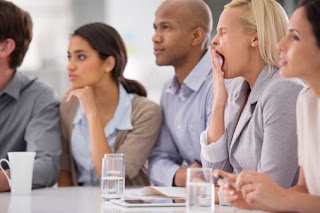 When is the last time you were at a fantastic meeting? I would venture to say the majority of internal meetings are painful and expensive time sucks, especially if you consider the collective wages and time your organization is losing for however many people to sit around and talk.
How often do you regret going to your staff or management meetings?  Be honest. I have only worked in a few places where all the staff enjoyed and participated in meetings and worked as a team.

Lately, I hate attending staff, management or planning meetings because the same people practice and rehearse different ways to derail the meeting and to never stop talking until they are certain that nothing has been accomplished. I keep waiting for the leadership to stop the nonsense, but it hasn't happened yet.

Have you seen this behavior before? If not prepare yourself for a show of people that give new meaning to being obnoxious. They never stop talking and I keep wondering if they ever pause to ask themselves, why am I talking? 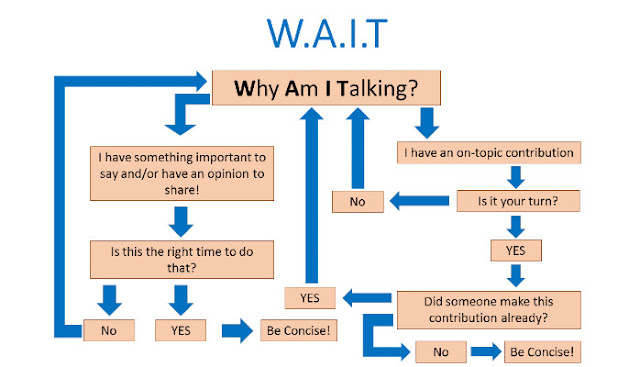 There are a few things that can be used to make your meetings better.
1. Stop derailment before it starts.
Author of "Smart Leaders, Smarter Teams: How You and Your Team Get Unstuck to Get 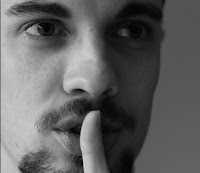 Results," Roger Schwarz recently wrote a guest blog for Harvard Business Review in which he said there are three things you can do to keep a meeting from going off-track.
First, spell out and get agreement on the purpose of each part of the meeting. If someone believes other issues need to be addressed they'll have the opportunity to say so instead of bringing them forward as rabbit trails once the meeting is rolling along.
"If it's not your meeting and there is no agenda, simply ask, 'Can we take a minute to get clear on the purpose and topics for the meeting to make sure we accomplish what you need?'" Schwarz writes.
Also, don't move to a new subject without properly closing out the prior one. Ask people if there's anything else that needs to be addressed regarding the topic. If someone isn't ready to move on, find out why not. Doing so lessens the chance they'll reintroduce the same subjects down the road.
And if you think someone is derailing a meeting, determine if they're doing it for a legitimate reason. Tactfully ask him or her how what they're talking about relates to the subject in question. Maybe there's a connection you or others hadn't considered.
2. Hold your stand-up meetings at 5 p.m.
Stand-up meetings aren't new, but making people do it at a time of day when they want to go home is an unconventional way to ensure a meeting doesn't stray off-course.
3. Make sure everyone is on the same page.

LinkedIn has done away with in-meeting presentations because people can read them on their own. But CEO Jeff Weiner has some other strong beliefs about meeting etiquette. He stresses the importance of defining semantics. He writes:

It never ceases to amaze me how often meetings go off the rails by virtue of semantic differences. Picture a United Nations General Assembly gathering without the real-time translation headphones and you'll have the right visual. Words have power, and as such, it's worth investing time upfront to ensure everyone is on the same page in terms of what certain keywords, phrases, and concepts mean to the various constituencies around the table.

Weiner says it's also important to identify one person to "keep the car on the road" by making sure the conversation remains relevant, no one dominates the discussion, and adjunct discussions are taken offline.
4. Agree on rules and have them enforced by an issue-neutral person.
The worst offenders when it comes to derailing meetings are ramblers, bores, show-offs, latecomers, naysayers, time wasters, and minutia-minders, writes Charlie Hawkins, president of Seahawk Associates, an Albuquerque, New Mexico-based management resource for strategic planning, idea generation, and communications effectiveness.
The first thing to do, he says, to agree on ground rules. For example, your team could agree that meetings will start and end on time, a prioritized agenda will be followed and no side conversations are allowed. You could even make a rule that chronic latecomers will be tasked with facilitating the next meeting.
Then, when ramblers ramble, someone can raise the agenda rule. Use some kind of parking lot--board, paper or another mechanism--for capturing side issues that can be addressed at a later time. And you can appease attention-seekers or derailers by giving them a job, such as a timekeeper.
Hawkins says gentle but assertive facilitation is better than direct confrontation and should be employed by an issue-neutral person who's not the boss or someone otherwise invested in the outcome.
Work with a particularly disruptive person? Don't invite him or her to meetings. If that's not possible, the person's supervisor will have to initiate a frank conversation. This direct approach might not be fun for anyone, but it's worth doing if it results in less time wasted in meetings.
The following tips can help when setting ground rules for your next meeting: 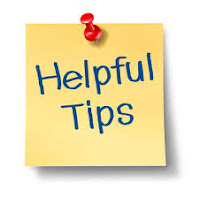 It is possible to make the workplace a great place with the right leadership and management stepping forward. Information in this blog is shared from an article in Inc. Magazine by Christina DeMarais called 4 Ways to Keep People from Derailing Meetings.

Thanks for visiting my blog of training tools. Each one has been tried and tested and used over and over again by many of my training colleagues.
I hope that you find them helpful to you too. It doesn't matter if you are a first time trainer or a seasoned facilitator, you may find something new and exciting.
Also remember to share your ideas and tips with us too.